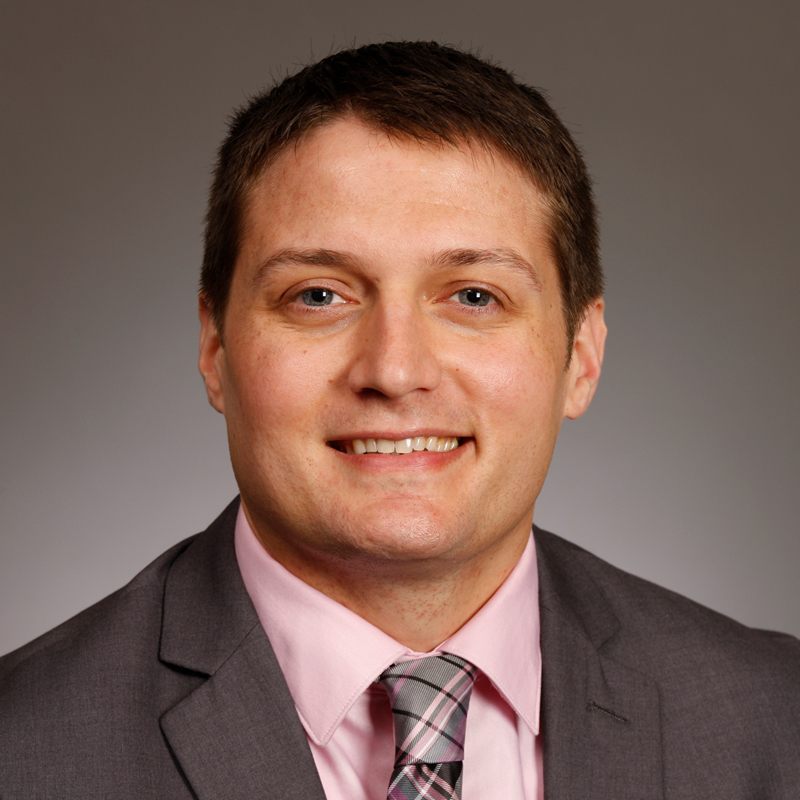 A previously healthy 3-month-old male is admitted from the emergency department with respiratory distress. The patient has had breathing difficulties since last evening, which his mother describes as persistent rapid breathing and his chest “sucking in.” Breathing difficulties continued to worsen throughout the day, with two episodes where the patient’s face turned blue, each lasting less than 10 seconds. During these episodes, the patient was staring straight ahead but with no associated eye deviation or limb jerking. No temporal relation with any associated action, such as feeding, was noted. He returned to baseline immediately after these episodes. While in the emergency department, he received a 20 mL/kg bolus of normal saline. A one-view chest X-ray was obtained, which indicated small airway disease vs. viral process. Due to persistent respiratory distress, he was referred for admission.

Additional history is notable for decreased oral intake for the past few weeks, intake abruptly dropped off three days ago (<10 oz/day). He has been making less than half of his usual number of wet diapers. No associated fevers, rhinorrhea or cough have been noted. The patient has no family history of heart or lung disease. He was born at 41 weeks via spontaneous vaginal delivery. He had an unremarkable nursery stay and passed congenital heart screening. 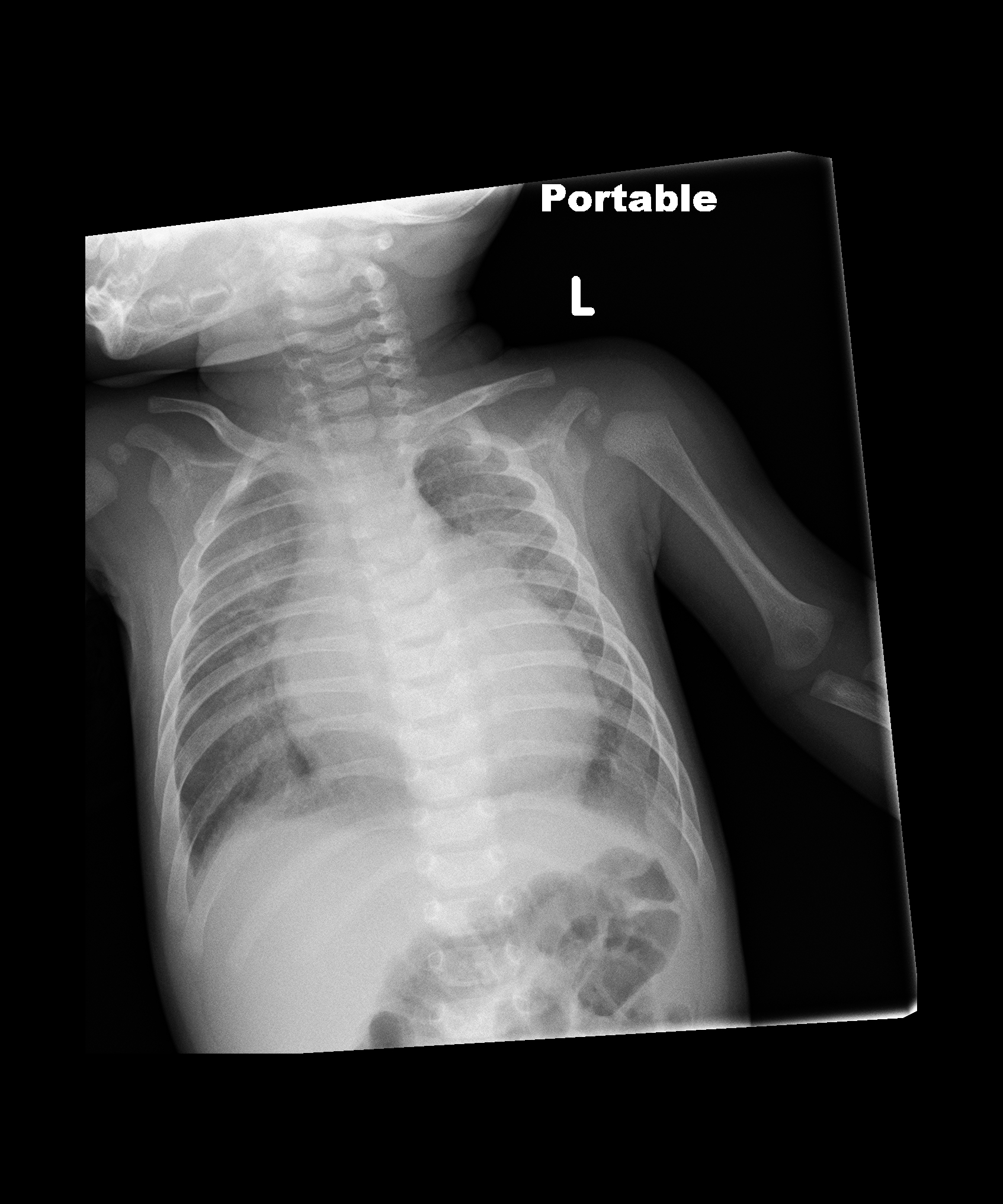 The most likely diagnosis in this patient is decompensated heart failure. The heart looks greatly enlarged on the chest X-ray, which is suggestive of cardiomyopathy. The presence of a gallop indicates a volume overloaded state, and the lack of fever and upper respiratory symptoms point away from a viral process. Additionally, the patient’s clinical condition worsened after initial administration of IV fluids. The slow capillary refill is due to poor perfusion from decreased cardiac output rather than volume depletion. As for the remaining options, this patient is outside of the typical age range for foreign body ingestion. Non-accidental trauma is not an etiology of cardiomyopathy but could certainly be concurrently present for any child admitted to the hospital.

The patient did not appear to have any beat-to-beat variation on his telemetry strip. His EKG was abnormal (limited quality, shown below), which indicated a possible supraventricular arrhythmia and a possible tachycardia-induced cardiomyopathy. The electrophysiologist contacted the primary team during their initial evaluation of the patient and expressed concern for permanent junctional reciprocating tachycardia (PJRT), based on the EKG. Due to concern for impending cardiogenic shock, the patient was transferred to the Pediatric Intensive Care Unit shortly after arrival to the inpatient ward. An echocardiogram showed severe global hypokinesis of the left ventricle (ejection fraction 18%), severe mitral regurgitation, severely dilated left atrium, mildly decreased right ventricular function, and an elevated right ventricular pressure. Shortly thereafter he sustained a bradycardic arrest and required extracorporeal CPR (eCPR). He was kept on venoarterial extracorporeal membrane oxygenation (VA ECMO). An atrial septostomy with left atrial drain placement was performed due to left ventricular distension. He subsequently underwent ablation of a right posteroseptal accessory pathway with electrophysiology which was successful and restored sinus rhythm with a rate in the 110s. He was discharged after a prolonged hospital course. His cardiac function ultimately normalized, and has continued to do well without recurrence of the arrhythmia or heart failure. 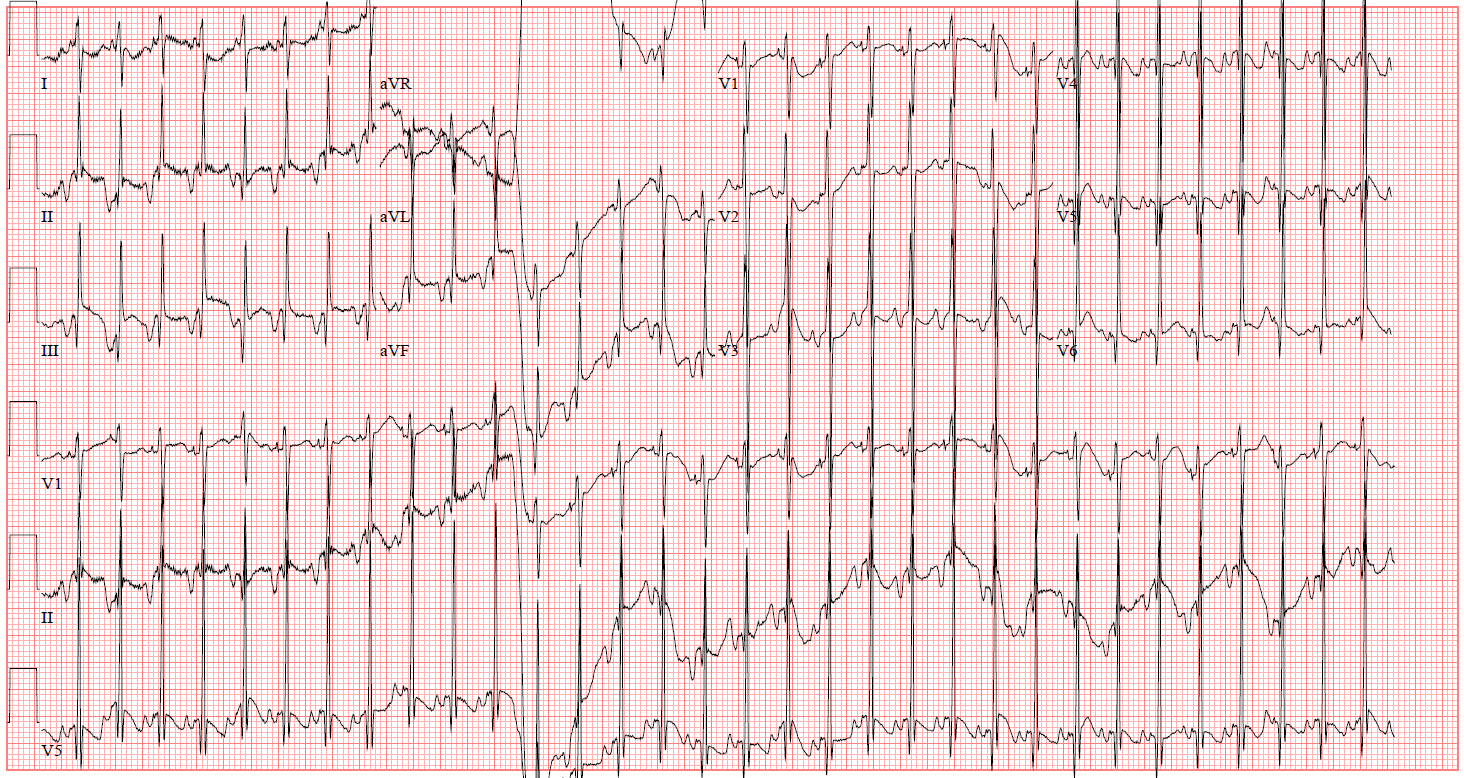 This case is an excellent example of potential cognitive biases. Mental shortcuts can improve the efficiency of our clinical decision making. However, they can also be a source of significant diagnostic error. A child 3 months of age with difficulty breathing can easily prompt us to anchor on a diagnosis of bronchiolitis (especially if presenting during the winter, with its high base rate of the disease). When obtaining radiographic imaging, we expect to find a viral-appearing chest X-ray and may ignore evidence that does not fit, such as the cardiomegaly (confirmation bias). When we accept the presented information at face value without question, subsequent physicians run the risk of maintaining diagnostic momentum, where the diagnosed condition becomes established without consideration of supporting or contradictory evidence. Further, we are susceptible to the possibility of “vertical line failure,” where clinicians consider only presentations within their own “silo” and become inflexible when considering diagnoses external to their usual professional range. These and many other cognitive biases can affect our diagnoses. Awareness of the possibilities for these kinds of biases can help us avoid cognitive errors when evaluating patients.