ERCP: How to Get Into Those Pipes 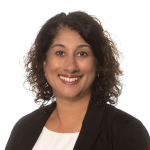 ERCP (endoscopic retrograde cholangiopancreatography) is a well-established advanced endoscopic technique used with adults in the diagnosis and treatment of biliary and pancreatic disorders. ERCP is performed less frequently in children compared with adults in part because of lower rates of biliary calculus and pancreaticobiliary malignancy. However, with the rise in pediatric obesity, the incidence of choledocholithiasis has increased, as has the incidence of acute and chronic pancreatitis and, subsequently, the need for endoscopic intervention.

The first ERCP in an infant was reported by Waye in 1976. This report was quickly followed by descriptions of the diagnostic potential of ERCP in children in the late 1970s and was subsequently followed by multiple retrospective case series demonstrating the therapeutic benefit of ERCP in this patient population.1

What is ERCP and how is it performed?

ERCP combines the use of endoscopy and fluoroscopy to diagnose and treat pancreaticobiliary problems. The procedure is done under general anesthesia with a side-viewing duodenoscope that is passed through the pylorus into the second part of the duodenum to visualize the ampulla of Vater. The ampulla is then cannulated into the common bile duct and/or the pancreatic duct, which are then visualized with fluoroscopy. Interventions including sphincterotomy, stone extractions, dilation or stent placement can then be performed.

When is ERCP needed?

Since the advent of magnetic resonance cholangiopancreatography (MRCP) and other imaging modalities including endoscopic ultrasound (EUS), ERCP is now considered to be mainly a therapeutic procedure and is rarely used for diagnostic purposes alone.

The most common clinical scenarios in which ERCP is undertaken in the pediatric population are pancreaticobiliary and include the following1:

Can ERCP be performed at children’s hospitals?

Special expertise in performing ERCP in infants and children is not widely available. In centers in which this expertise is available, ERCP is often appropriate and should be the preferred modality for treating patients with pancreaticobiliary disorders as it can prevent the need for more invasive alternatives, including percutaneous transhepatic cholangiography with catheter placement or major abdominal surgery.

Studies have shown that ERCP can be safely performed by an appropriately trained pediatric gastroenterologist in a pediatric facility with a good technical and therapeutic success rate and adverse event rate as compared to adult ERCP.4