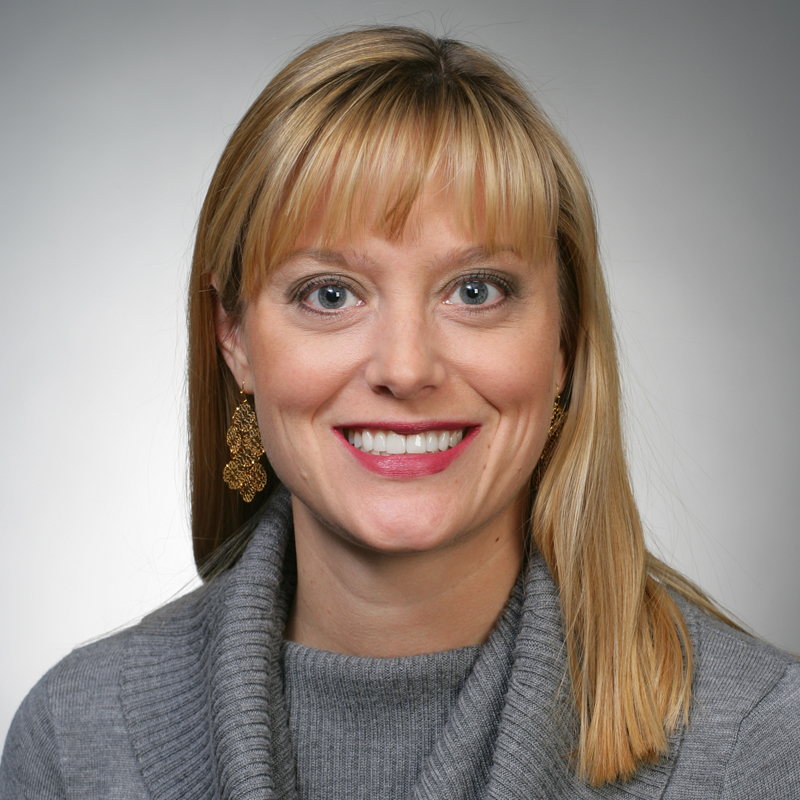 Now that the weather is warmer and summer 2021 is getting underway, it is time once again to dust off our knowledge of tick-borne diseases. We had our first case of ehrlichiosis at Children’s Mercy at the start of May in a 5-year-old girl. She had the appearance of and met probable criteria for toxic shock syndrome (TSS) with fever, rash, sore throat and a positive rapid streptococcal antigen test one week prior to admission. However, her rash wasn’t quite erythroderma, she was pancytopenic, her clinical recovery was not quite as fast as we typically see in those with TSS, and she had been tick-exposed while mushroom hunting two weeks prior on a family trip to Alabama. Doxycycline was added the day after admission to Children’s Mercy from an outlying hospital with defervescence within 24 hours of definitive therapy and laboratory improvement over the next several days. Polymerase chain reaction test for Ehrlichia chaffeensis was sent, along with serology for E. chaffeensis and Rickettsia rickettsii (aka: Rocky Mountain Spotted Fever [RMSF]). The PCR result for ehrlichiosis was positive, along with the highest IgG titer I have ever seen for ehrlichiosis at >1:2048.

E. chaffeensis is an intracellular gram-negative coccus with a predilection for monocytes. Clumps of the bacteria found on peripheral smear are called morulae, although this is not a sensitive diagnostic tool as they are only found in 20% of patients. More than one-third of all reported ehrlichiosis cases in the U.S. come from three states (Missouri, Arkansas and Oklahoma), so it is expected that clinicians in our region will see it every summer. The incubation period can be as short as five days and up to two weeks with fever, headache, malaise, muscle aches, GI symptoms (nausea, vomiting diarrhea, anorexia), rash and altered mental status as the typical presenting symptoms. There is quite a bit of overlap with other tick-borne diseases (e.g., RMSF), Kawasaki Disease, MIS-C, viruses (e.g., arboviruses), meningococcemia, and with streptococcal and staphylococcal infections with toxin production resulting in scarlet fever or TSS. Thus, it is important to keep the differential diagnosis open when first encountering patients presenting with these symptoms in the summer months. Typically, emergency department visits for tick bites start to climb in late March with a peak in late May or early June, then slowly descend over the rest of the summer months. A second lower peak occurs in early October, likely related to the onset of hunting season. In the Midwest, tick bites account for 34:100,000 emergency department visits, are more common in males (except for girls <10 years of age where they are slightly higher), and are most common in those <10 years of age and >60 years.

The most recent data from the Centers for Disease Control and Prevention (CDC) is from 2019 showing that cases of tick-borne disease have been increasing since 2004 (Figure 1, courtesy of CDC). In 2019, there were approximately 35,000 cases of Lyme disease, 8,000 cases of ehrlichiosis/anaplasmosis (similar organism infecting granulocytes) and more than 5,000 cases of spotted fever rickettsial infections across the U.S. Other tick-borne infections such as babesiosis, tularemia and Powassan virus are less common but still occur annually. More than one type of tick may carry a disease (e.g., dog ticks and wood ticks both cause RMSF) and more than one disease can be present in one tick (e.g., Lyme and babesiosis). While fever is part of the clinical presentation of most tick-borne infections, there are some key distinguishing features highlighted in Table 1 below. Finally, although some of the tick-borne diseases listed are not typically seen in our area of the country, it is important to ask the travel history for any patient with a clinical presentation consistent with tick-borne disease, as the incubation is often long enough for the patient to return home before the onset of symptoms, as in the case of our patient above. 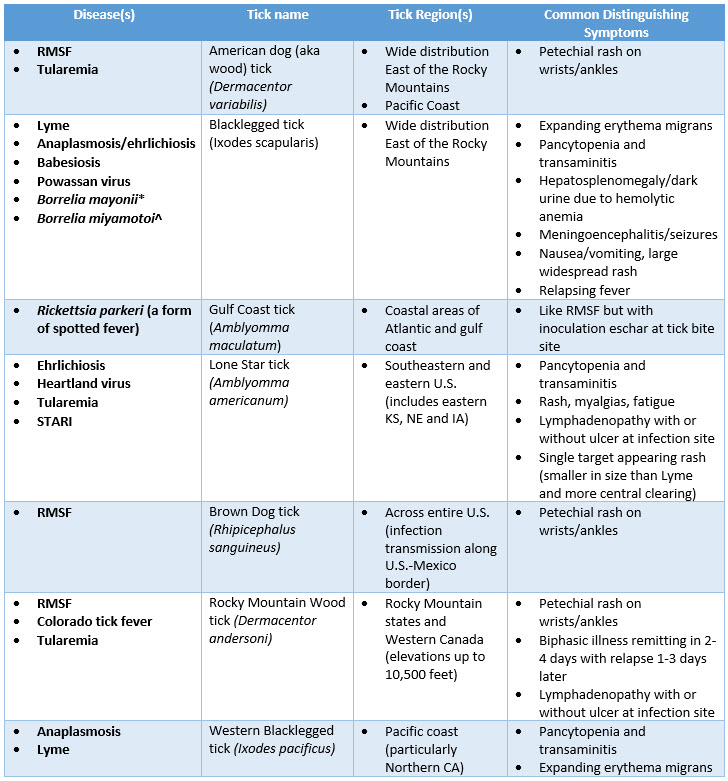 *A recently described form of Lyme disease found in Minnesota and Wisconsin caused by B. mayoni and differs from B. burgdorferi by distinguishing features above.

^A recently described cause of relapsing fever in the upper Midwest, Northeast and Mid-Atlantic states. Rash and GI symptoms are uncommon.