Wise Use of Antibiotics 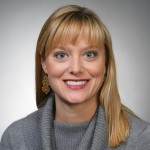 Upper respiratory tract infections (URI) are common in children and adults, with children under 3 developing four to nine each year, and up to 10 to 12 for those attending daycare. Adults typically have two to three URIs per year. The majority of these infections are caused by viruses, including: Rhinovirus, Respiratory Syncytial virus (RSV), Adenovirus, Human metapneumovirus and Coronavirus, to name a few.

Back-to-back viral infections occur, and can make it hard to determine whether the patient has one URI after the other or acute bacterial sinusitis (ABS). In the setting of a simple URI, fever is typically present in the first couple of days, followed by a peak in respiratory symptoms on days three to four and a slow resolution of congestion, rhinorrhea, sore throat and cough over the next one to two weeks. Cough is often the last to resolve, and may linger to the two-week mark, and even beyond in some cases. ABS may become a consideration in this setting. The clinical practice guideline for diagnosis and management of ABS has defined three clinical presentations of ABS:

The most common presentation is persistent illness in approximately 60%, followed by a worsening course in 35%, and severe onset in 2-5% of ABS cases. Making an accurate diagnosis based on the clinic presentation is important, as this helps determine your next step in management. Patients with worsening illness and severe onset should be treated with an antibiotic, as their infection is less likely to resolve without antibiotic therapy.2 However, children with the persistent illness presentation can be managed with watchful waiting for an additional three days. This recommendation is based on data from several placebo-controlled trials, which found that up to 50% of patients improve without antibiotic therapy. 3,4 Additionally, 88% of placebo recipients who were cured or improved, were better by day three.4

Once the diagnosis of ABS and a decision to prescribe antibiotics is made, optimal therapy should be considered. Historically, pneumococcus was identified as the primary pathogen of ABS and acute otitis media, followed by non-typable Haemophilus influenzae (ntHi), and Moraxella catarrhalis. More recently, otitis media studies have served as a proxy to determine ABS pathogens. This is largely due to the difficulty of obtaining adequate sinus specimens and the relative ease of obtaining middle ear fluid.

Newer data from middle ear fluid samples has revealed a decline in the prevalence of pneumococcus (45% to 30%) with no change in ntHi (~40%); a noted increase in M. catarrhalis (20% to 30%) following widespread implementation of the 13-valent conjugated pneumococcal vaccine.4 Overall, 40% of pneumococcal isolates were penicillin non-susceptible (24% intermediate, 16% resistant), and 45% of ntHi and 100% of M. catarrhalis produced beta-lactamase.

However, it is known that high-dose amoxicillin overcomes intermediate susceptibility and most resistant isolates. While almost half of NtHi and all M. catarrhalis isolates produced beta-lactamase, these organisms are also more likely to resolve without antibiotics than pneumococcus, including one-half of ntHi and three-fourths of M. catarrhalis infections.

Thus, when deciding which antibiotic to choose, amoxicillin is still the best first-line option. Additionally, it has the added benefit of being more affordable, more easily tolerated and less prone to diarrhea than amoxicillin-clavulanate. In the setting of true penicillin allergy, cefpodoxime, cefuroxime, or cefdinir are recommended. Trimethoprim-sulfamethoxazole and azithromycin are not recommended due to high rates of resistance. While 10 days is still often used as a standard for treatment duration, seven-day courses are indicated for the patient who has a persistent disease presentation, and those whose symptoms have resolved by seven days of treatment. If you do decide to shorten the course of therapy to seven days following a prescription for 10, make sure to instruct the family to dispose of the remaining doses.