Why the Optimism that an RSV Vaccine Will be in Routine Use Within 5 Years? 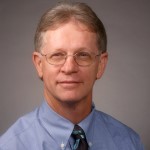 Respiratory syncytial virus (RSV) remains the most common cause of pediatric respiratory hospitalizations in the United States, leading the CDC to develop a platform for RSV surveillance within the New Vaccine Surveillance Network (NVSN). Children’s Mercy, as one of the seven CDC-sponsored NVSN sites, is in the second year of quantifying RSV burden to be a baseline against which future RSV vaccine effects will be evaluated.

An RSV vaccine has been a major goal for 50 years. But the initial vaccine (simply formalin-treated virus particles), increased lung injury in vaccinees who were later infected with RSV.1 But now we know enough about RSV and vaccine design to craft a protective rather than a damaging vaccine.

The new information resulted from breakthroughs in immunology, molecular biology and sequence analysis. In addition, crystallography and other arcane sounding technology have brought real progress to our understanding. The In Vitro and In Vivo research has shown that a combination of cell-mediated and antibody responses working in concert are likely to provide the best protection against RSV disease.

Oh those T-cells! It turns out the first vaccine predominantly induces T-cell responses among a subset that increased respiratory tract inflammation during RSV infection. Increased understanding of T-cell subsets (even subsets of subsets) along with their cytokine/chemokine products, showed scientists that a balanced Th1/Th2 cellular response appears critical.2

The right antibody blend: Traditionally it seemed critical to induce neutralizing antibody against critically important surface components of viruses to provide protection against viral disease, e.g., polio virus and rotavirus. But as it turns out, neutralizing antibody induced against the RSV surface fusion protein (F protein – the target of palivizumab) induces only modest protection. Antibody directed at a precursor of the F protein (pre-F protein) is up to 200 times more potent than anti-F protein antibody.3 In addition, non-neutralizing antibodies against G and H protein also appear to add protection by teaming up with immune cells to lyse infected cells. Finally, secretory IGA targeting RSV appears critical to the degree of protection against RSV disease.

Ideal RSV vaccine: The goal is a balanced Th1/Th2 T-cell response, neutralizing antibody against the pre-F protein, non-neutralizing antibody against non-F proteins, and anti-RSV secretory IGA, i.e., both multi-pronged systemic plus mucosal immunity. (Figure 1) This is a tall order, given that no current vaccine, even the successful ones, induce such a broad array of pathogen-directed immunity. It does seem likely that only a mucosally administered vaccine will induce the mucosal immunity component. 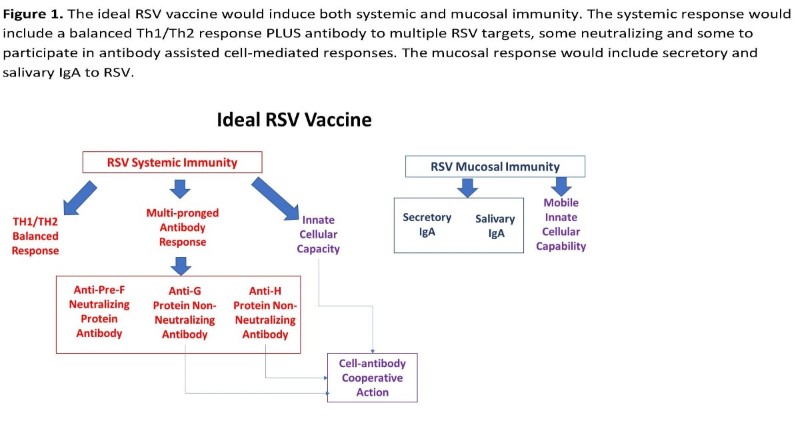 Candidate vaccines: Differing approaches resulted in four RSV vaccine categories currently in pediatric clinical trials. (Table 1) Phase 1 and phase 2 data (safety and immunogenicity) have been encouraging, but now larger trials are needed to confirm efficacy. Not all candidate vaccines make it to clinical use. Only through placebo-controlled clinical trials over the next three to four years will the winners emerge.

RSV negative subjects: One caveat in testing RSV vaccines is that initially subjects must be RSV seronegative to participate. Because half of children 1 to 2 years of age have already had RSV, RSV vaccine trials include a step to test for RSV antibody prior to vaccine receipt so the final analysis can show specifically how much disease reduction occurs in vaccinees versus placebo recipients.

RSV Vaccine Studies at Children’s Mercy (and KU): Recently, Children’s Mercy became a site to test two live-attenuated intranasal vaccines. Other RSV vaccines are in clinical trials to induce maternal immunity aimed at transfer to infants in utero, one of which will start soon at KU. The principal investigator for both the Children’s Mercy pediatric and the KU maternal RSV vaccine trial is our own Barbara Pahud, MD, MPH. If readers have questions about the trial or know of families with healthy children aged 6 to 24 months who might wish to participate, Dr. Pahud is happy to take email queries at bapahud@cmh.edu.